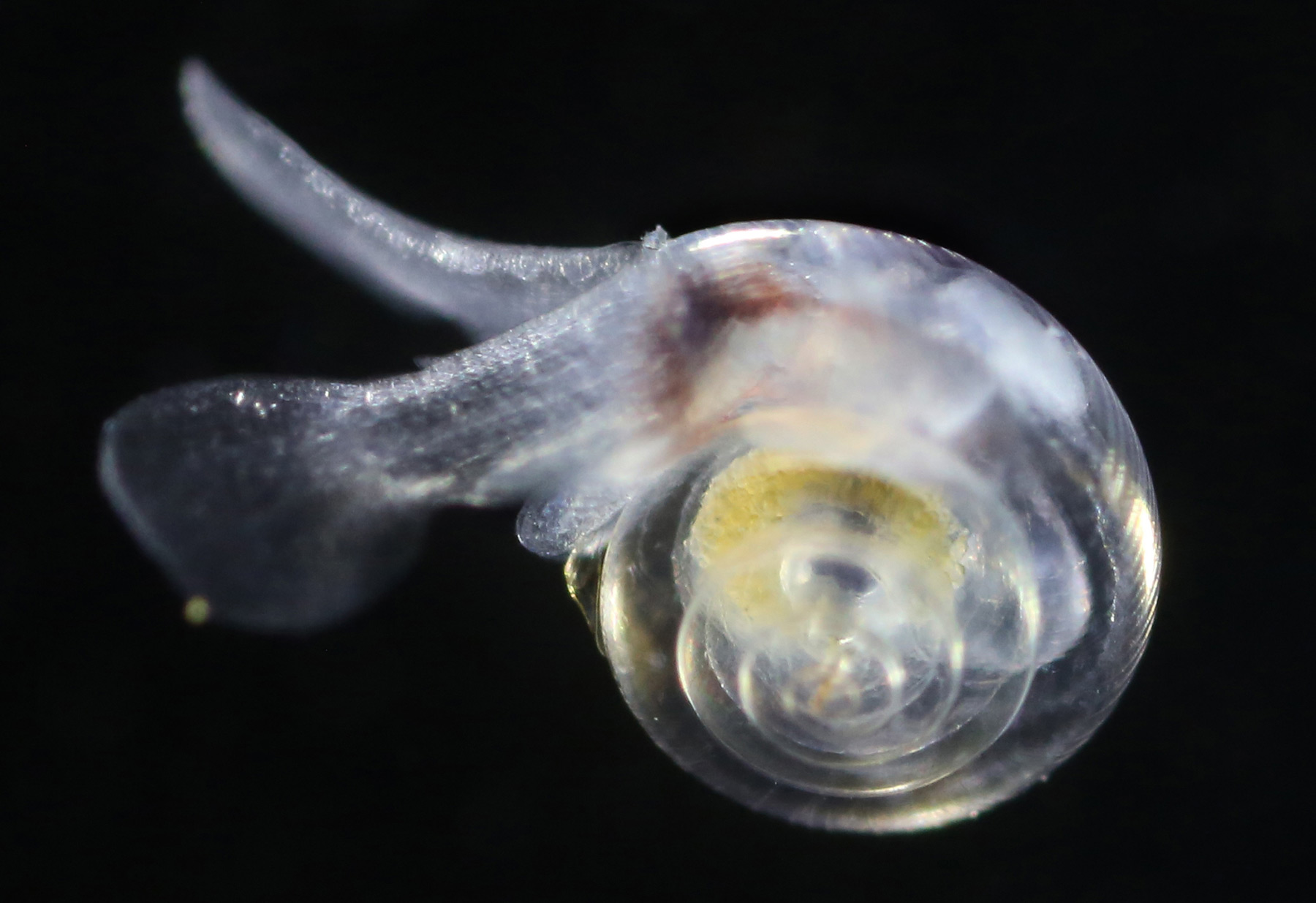 Pteropods (Sea butterflies) are calcifying zooplankton that are plentiful in Alaska’s oceans and represent an essential food source for pink salmon. Photo by NOAA.

Pteropods are at risk to ocean acidification because their thin shells are sensitive to changes in ocean chemistry. In more corrosive water, pteropods can have trouble growing their shells because there are fewer carbonate “building blocks” in the seawater. In extreme cases their shells can dissolve. Additionally, pteropods have physiological and neurological sensitivity to more acidic water. When you combine ocean acidification with warming ocean temperatures, the sensitive pteropod becomes even more vulnerable.

There is current evidence that corrosive conditions are already harming pteropods in the Gulf of Alaska and in the Bering Sea. Researchers have documented extensive shell dissolution in juvenile pteropods exposed to corrosive seawater for prolonged periods of time.

We are still learning about overall pteropod sensitivity and their ability to adapt. Research from the California coast shows pteropods exposed to their threshold of biogeochemical conditions near and below Ωarag of 1 (see below) produced thinner shells. This could be an adaptive strategy allowing them to sustain growth by spending less energy on calcification. However, we don’t know if this short-term adaptation could be a long-term strategy in rapidly acidifying waters. Because smaller shells have lower reproductive power, we may expect population declines due to reduced spawning over time.

Modeling work in the Gulf of Alaska shows that favorable habitat for pteropods is on the decline. Their main habitat in the Gulf is already experiencing seasonal corrosive conditions, with more concentrated corrosivity occurring in the central and western part of the Gulf in winter. Increasing ocean acidification is exacerbated due to continued human emissions of fossil fuels and increased climatic variability. From 1980 to 2013, the area of corrosive water that creates harmful conditions for pteropods more than doubled.

An important metric when assessing ocean acidification conditions is aragonite saturation. The aragonite saturation state (Ωarag) describes the amount of free calcium carbonate in the water column and can decrease when additional CO2 is absorbed into the water. Many marine organisms use calcium carbonate to build their shells. In acidified conditions, less calcium carbonate is available for shell building, and the saturation state goes down. As Ωarag decreases, the shell building ability of animals decreases. An Ωarag level of 1.0 is generally understood to be the tipping point: above 1.0, shell building can continue; below 1.0, shelled organisms have trouble developing shells, or existing shells may dissolve. While species thresholds may vary depending on their natural range of variability, Ωarag can still be a helpful indicator of the favorability of water for building shells.

Pteropods are planktonic marine snails (gastropods) with a foot that has been modified into a pair of wings used to swim through the ocean. In fact, their name comes from the Greek word meaning “wing-foot”. Pteropods that have the characteristic sea snail shell are often called “sea butterflies” and they are found in every major ocean in the world.

Pteropods are pelagic which means they live in the upper layers of the open ocean, usually between 0-200 meters below the ocean’s surface, regardless of the latitude. Their typically small size of less than 1cm long qualifies them as plankton and they are a crucial contributor to Arctic food webs. Pteropods make up 60% of a pink salmon’s diet in the ocean and they are a favorite food of herring, mackerel, tuna, walleye pollock, squids, large shrimp, and whales. 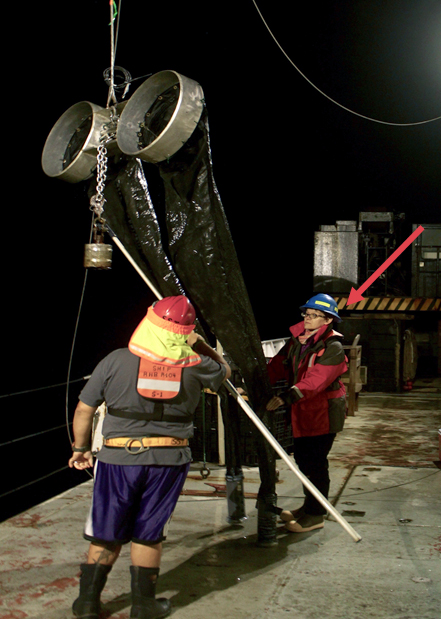 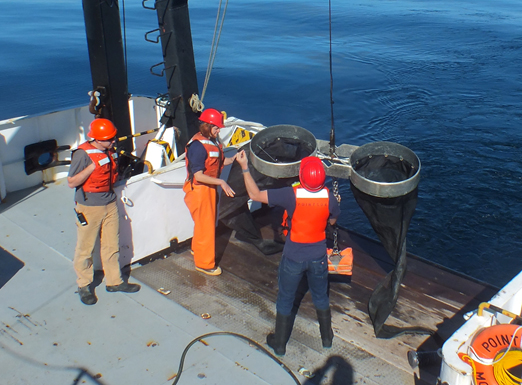 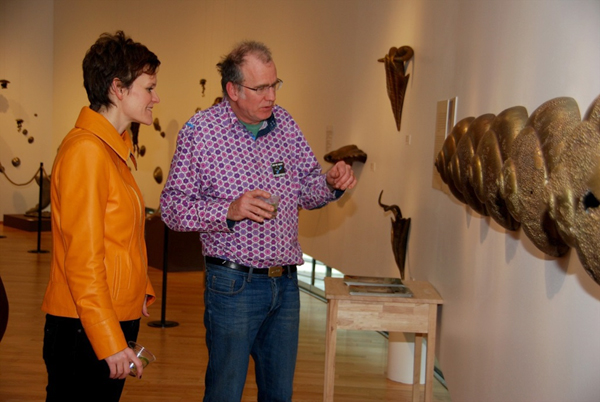 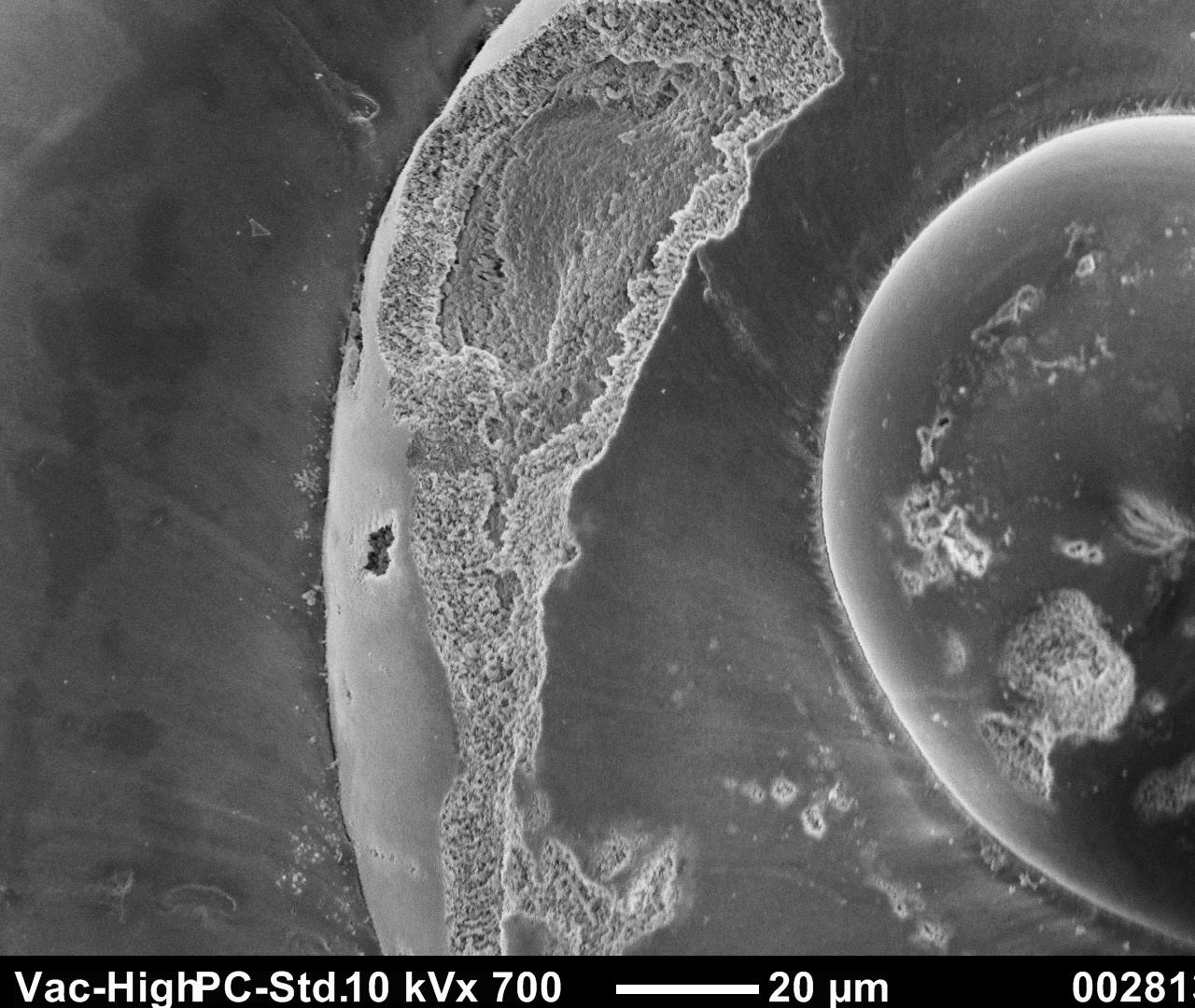 Pteropods are increasingly exposed to more acidic waters and this is taking an immediate toll on their shells. Because pteropods are an important part of the food chain in Alaskan waters, this could potentially negatively impact local fisheries in a longer run. In particular, pteropods provide a source of fatty acids to juvenile fish that are not able to produce those fats themselves. If fish could not obtain these fatty acids from somewhere else, this could potentially lead to delays in juvenile fish development.

Researchers are seeking to develop a comprehensive understanding of pteropod habitat risk factors to improve our prediction of ecosystem change that is also relevant to effective fisheries resource management. Keeping an eye on pteropod health helps us develop a more robust foundation for monitoring overall ecosystem health and investigating OA impacts in Alaskan habitats. 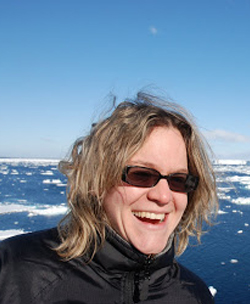 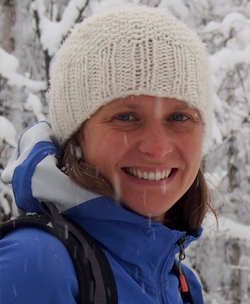 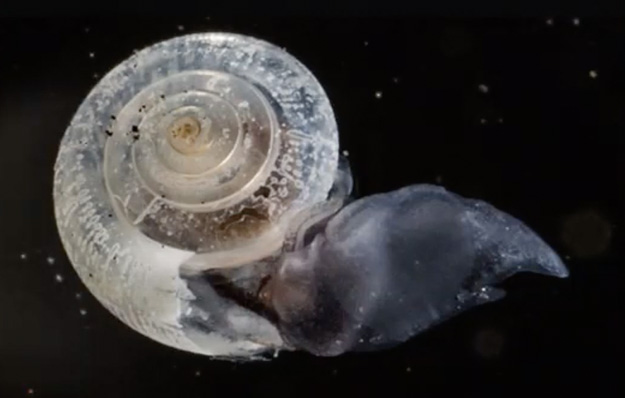 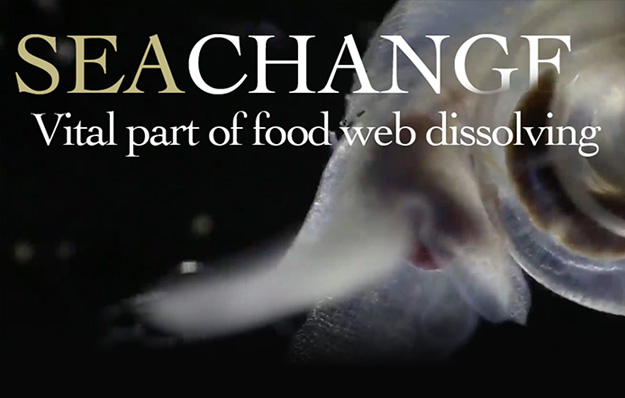