The bill aims to improve investments in research and monitoring of acidification in coastal and estuarine areas. It will also push to engage local communities and the seafood industry by introducing an advisory board and research grants. 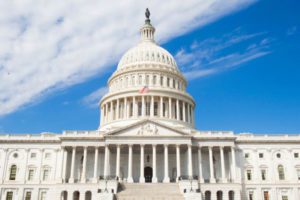 “Decreasing balance in ocean pH levels can threaten our fish species and coastal ecosystems, and, by extension, the very livelihood of our commercial fisheries and coastal communities,” Senator Sullivan said. “ Policymakers in Washington—and all stakeholders—must rely on the best, most up-to-date data in order to develop effective responses to the challenge, which is why this legislation is so important.”

Ocean acidification is caused by carbon dioxide forming acids when dissolved in seawater, which is harmful to shellfish, coral reefs and other types of marine life. Near the coast, acidification can interact with algal blooms, low-oxygen “dead zones” to cause even more harmful effects.

“Healthy oceans support a healthy economy and planet, but ocean acidification is jeopardizing our oceans and the communities that rely on them,” said Senator Markey.

Here is a breakdown of the funding that the bill would provide:

$35.5 million each year from fiscal years 2020 through 2024 for NOAA to carry out ocean acidification research activities, with up to $5 million of the total per year dedicated to research conducted via partnerships between the seafood industry and academic institutions
$20 million each year for the National Science Foundation to carry out ocean acidification research program activities
$1 million for the National Academy of Sciences to study acidification and environmental stressors in estuaries
Find a copy of the full legislation here.